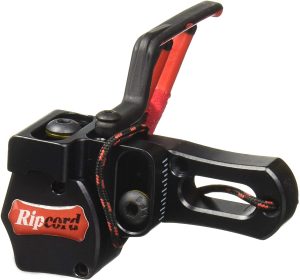 When it comes to bowhunting, you want to have every possible advantage at your disposal. Let’s face it. Unless you have the archery skills of Robin Hood, you won’t get far without an arrow rest for your recurve bow, compound bow, or crossbow.

An excellent arrow rest is an essential part of bowhunting and allows you to take down your prey with greater accuracy and efficiency.

If you’ve never hunted with an arrow rest before, you’ll be amazed that you ever got along without one. A good arrow rest can improve your hunting experience and win you a prize buck. 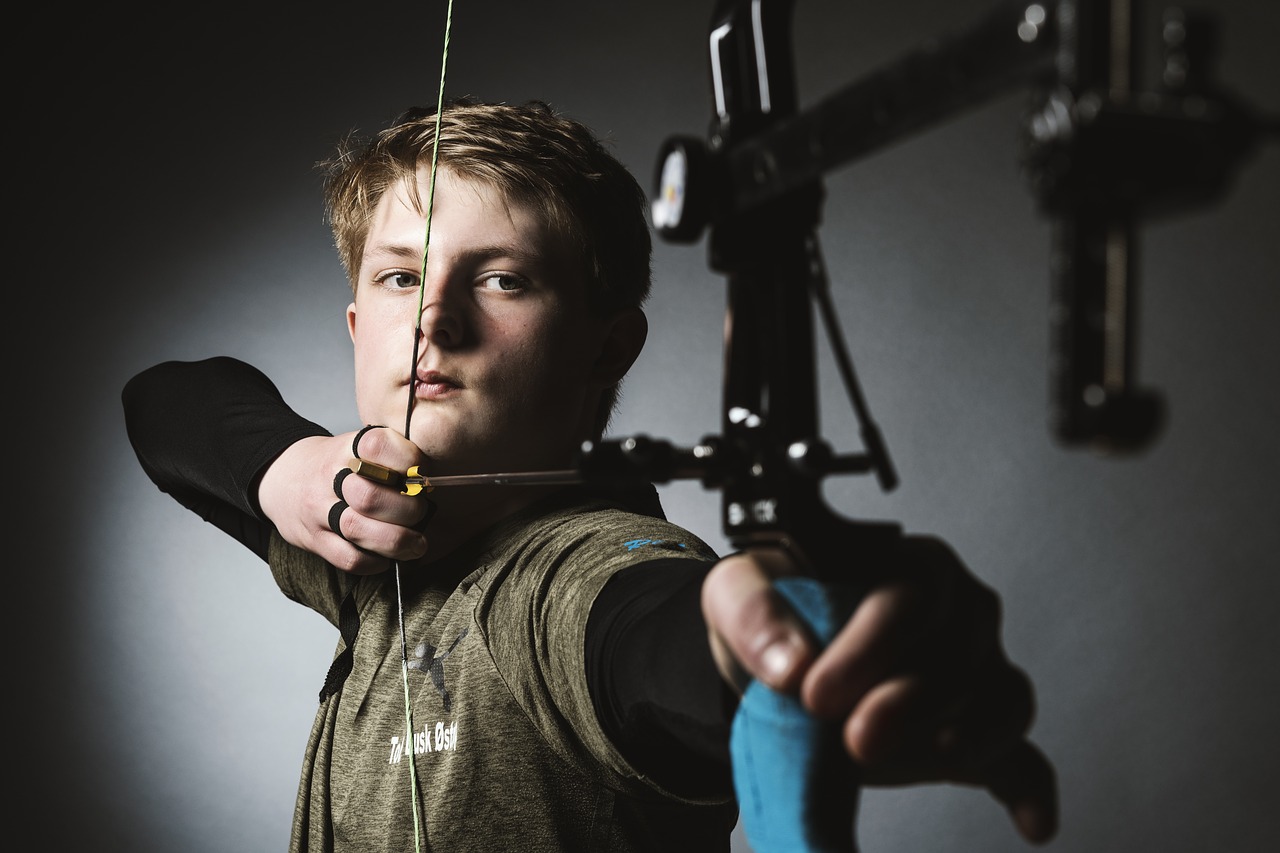 As is true with many things, sometimes the simplest design is the most effective. This is certainly true for the RipCord Code Red Fall Away arrow rest. With a sharp minimalist design, the Code Red delivers the best accuracy possible that far surpasses many other inferior arrow rests.

The rest is connected to your drawstring, so at full extension, it falls away as not to impede your shot. Truly the most accurate arrow rest available, the Code Red will not disappoint new and seasoned hunters.

Having an arrow rest that doesn’t interfere with arrow firing is an awesome feeling. As a hunter, the last thing you want is for your arrow rest to interfere with your shot, but unfortunately, it happens sometimes. The Code Red will never get in the way, making it one of the most reliable arrow rests on the market.

The arrow rest’s aluminum manufactured frame is lightweight and fits great on different bow types. Installation is no major struggle, either. This awesome arrow rest also features some internal mechanics that improve its performance as well. There are internal dampeners built in to help reduce noise as much as possible, and the launcher can be manually locked into position. 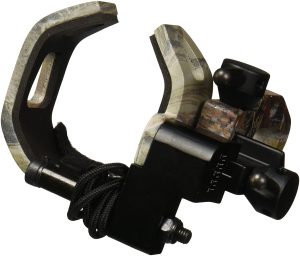 A truly incredible arrow rest, the New Archery Apache Drop Away accomplishes exactly what drop away arrow rests are supposed to do and better than the majority of its competition. Designed to have your arrow touching as little of the rest as physically possible, the Apache provides an undisturbed shot that can provide the support needed from an arrow rest but will feel very natural at the same time.

Many hunters swear by the New Archery Apache Drop Away and carry it on their favorite compound bow. It is manufactured with a leafy camouflage pattern so it can blend in effortlessly to the environment along with your bow.

Unable to function with a recurve bow, you will need to install this rest on a compound bow, which shouldn’t be a major issue as compound bows are the most common for hunting. This archery rest is also surprisingly much quieter than many other drop away arrow rests available on the market. Installation shouldn’t be too difficult, but this arrow rest is definitely designed for more seasoned and experienced hunters. 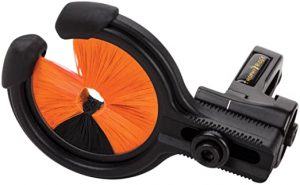 Compound bows are the most popular choice for bow hunting, so many hunters want to know which arrow rest is going to be optimized for hunting with a compound bow. The Trophy Ridge Whisker Biscuit Kill Shot fits perfectly on compound bows and provides great support.

What really makes the WB Kill Shot so special is that it provides a deadly-quiet shot. The noise associated with many drop away arrow rests is eliminated here.

The WB Kill Shot is easy to use for hunters across multiple levels of skill, so if you’ve never used an arrow rest before, this is a great place to start. The design of the WB Kill Shot is also completely reversible, allowing you to choose the best set up for your unique hunting style.

Offering advanced windage and elevation adjustments, this arrow rest is also quite versatile and can respond to a number of situations that you may encounter while on the hunt. 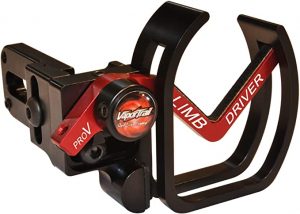 Drop away arrow rests were designed to make your hunting experience easier and more efficient. There’s almost nothing worse than struggling with difficulty to set up equipment and have this cut into the precious time when you could be trekking through the woods looking for your next takedown.

The Limb Driver Pro V makes set-up simple and easy and makes your hunting trip the great time it should be. Constructed from lightweight aluminum, the arrow rest is sturdy and doesn’t feel cheap or flimsy yet is light as a feather and won’t weigh down your bow or affect your aim.

This rest can also fit on a wide variety of bows, making it a versatile option. While some drop away rests have also been criticized for the noise they generate, the Limb Driver has undergone multiple upgrades to reduce noise. 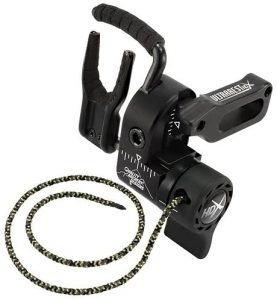 Barebow archery is a respected hunting option that very experienced bowmen and hunters undertake to spice up their trip and provide a more sporting and challenging experience. To truly encapsulate the barebow experience, an arrow rest must be unassuming and minimal, yet still very effective.

Enter the Quality Archery Designs HDX model. It is a simple yet elegant design that is in the spirit of bare bow hunting.

This arrow rest is renowned for being incredibly safe and simple to operate. Its minimal design ensures that arrows will not catch on the draw or accidentally fly back and injure the hunter’s face and scare of any intended prey. It sports increased accuracy and velocity, making it an effective option without all of the bells and whistles that accompany some other arrow rests.

Crafted from durable molded rubber, this is also a very rugged addition to your barebow hunting experience. 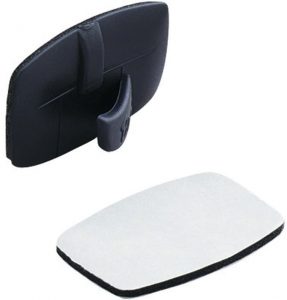 Even though drop away arrow rests do not work with recurve bows, this is no problem with the fantastic fixed Bear Archery arrow rest. Unlike any other arrow rest on this list, this is truly the most optimized arrow rest for a recurve hunting bow, as well as feathered and vane arrows.

The back of this model is self-adhesive, sticking solidly to your bow with a firm and unyielding grip that will stay on for as long as you need it to.

Made from cushiony soft plastics, the Bear Archery arrow rest is easy on you and your bow and equipment, causing minimal damage to arrows and also making your shooting experience very safe. This rest is also super affordable and is great for all hunting trips.

Don’t let the appealing price tag fool you, though. The quality of this top-notch arrow rest is fantastic and will serve you well as you move through the forest looking for the next deer to harvest.

Accuracy, accuracy, accuracy. This is what it comes down to in the end when you are hunting. Anything that can give you the most accurate shot is what you, as a hunter, should immediately gravitate toward.

While all of these arrow rests are quality options that can serve you well on the hunt, only one provides the most superior accuracy, and that is the RipCord Code Red arrow rest. The Code Red deftly balances providing enough support, while also keeping minimal contact with the actual arrow, before and after the fall away occurs.

It is often forgotten that you need both to produce an accurate shot: Support and minimal contact. This presents a kind of paradox, but the Code Red does the best job at answering this paradox.

With a no-nonsense design that is minimalist and rugged, you can rest assured that this arrow rest was designed for hunters that want to skip the fanfare and just get down to the nitty-gritty of experiencing an exhilarating hunt. It is a very intuitive arrow rest because of its minimalist design and will delight both new and old hunters for years to come.